MOMENTS IN TIME
COME TOGETHER

She doesn’t know it but I have a lot to thank Alys Fowler for. Regular readers of this site will recognise her as the gardening writer for the Guardian who inspired my recent garden makeover. It was her description of wild flower meadows in Romania and her tips on how to mimic such plantings here which had spurred me on. Seeds from the Emorsgate nursery were sown last autumn. The picture below shows how they have flourished and now form a verdant green carpet. 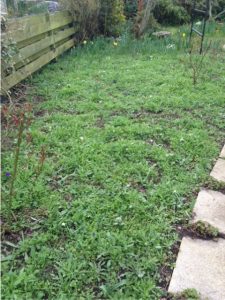 The story doesn’t end there. Some time ago she also wrote about her adventures with an inflatable canoe. I was intrigued. A canoeing experience of my own during a holiday in South Africa reinforced my interest. Paddling up the Bitou river saw us surrounded by bird and aquatic life. At one point we looked up to see five kingfishers looking down on us. 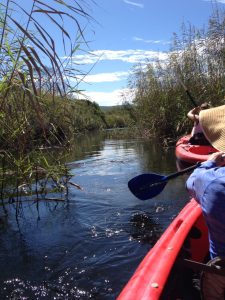 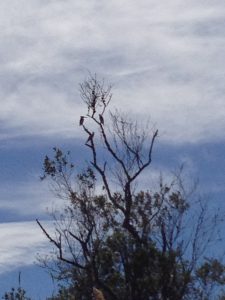 What sights awaited me should I have a canoe at home? A collective family Christmas present of a Seyvelor Colorado inflatable provided the answer. My maiden voyage last week on our local loch took me into the heart of its waterworld. 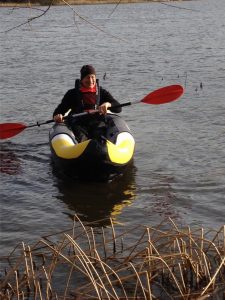 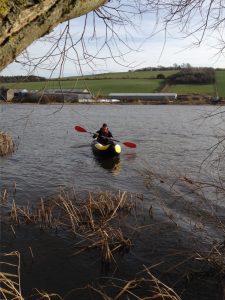 Paddling into the reed beds, I stopped to ‘float and stare’ in the spirit of W H Davies. (1) Teal dabbled nearby, four snipe zig zagged overhead and swans sailed by, wings billowing. A new world had opened up. February then had been quite a month. My mini re-wilding and maiden voyage had revealed the delights of being part of ‘wet and wildness’ (2) How depressing then to read throughout the month a series of scientific reports which told an exceedingly alarming story. Let the headlines speak for themselves:

“A third of the Himalayan ice cap is doomed.”
“Shock rise in Greenland ice melt triggers fears over deadly surge in sea levels.”
“Plummeting number of insects threatens catastrophe for the planet.”
“ There is no future peril – climate disaster is already here.”

A torrent of reports then spelling out a planetary disaster has ushered in 2019. We have just a few years to stem the tide, to limit the tsunami. What can be done to temper despair and offer hope? Accessing the Extinction Rebellion web site will tell you that one is not alone with ones worries. On April 15th the movement comes together across the world in a week of protest and action.
For me volunteering for conservation work has helped ameliorate a feeling of helplessness. Last week saw me on a ‘scrub bash’ on the Natural England Reserve of Lindisfarne. A fellow retiree and four young people in their twenties spent two hours up rooting and cutting down willow clumps. This is important as otherwise the willows would colonise the dunes and thus displace its unique bird and flora habitat. Some willows and hawthorn are left as cover and food for passerine birds. 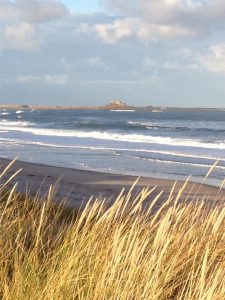 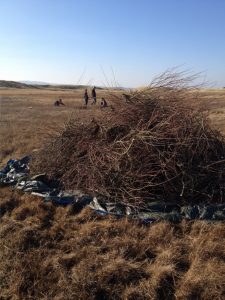 It was particularly gratifying to be working alongside such committed young people. From what I read it is young people and children who are in the forefront of challenging the apathy of the status quo. They need our support.

In the meantime let’s keep our spirits up by tending our own patches and wherever we can make havens for the beleaguered natural world.
The summer months will see us coming together to patrol the Lindisfarne beaches in an effort to protect the shore nesting birds such as terns, oystercatchers, ringed plovers and turnstones. (3)

2 thoughts on “MOMENTS IN TIME-COME TOGETHER”