“THE WORLD IS TOO MUCH WITH US”

Nothing could be more true on this day, April 28th 2020. More people have died from the coronovirus pandemic in the UK than did so in the wartime blitz of London and more in the USA than perished in the Vietnam war. These are just two brute facts about the global tragedy. And yet, this pandemic is not a one off freak occurrence. It is but one dimension of a world imploding.
April 2020 has been the warmest on record. The unfolding year is predicted to follow suit. A mass extinction of species throughout the global natural world is underway. Pandemic, climate mayhem and species loss; our human and planetary limits are being breached before our very eyes. And there is a connection between them.
While the human catastrophe of the former is in our full view, observers regard it as a symptom of the other two factors.

“The coronovirus pandemic is likely to be followed by even more deadly and destructive diseases unless their root cause- the rampant destruction of the natural world- is rapidly halted. ….[it] is a direct consequence of human activity, particularly our global financial and economic systems that prize economic growth at any cost.”(1) For all its horror then the pandemic is the ultimate planetary red alert.

The wake up call though has been a long time coming!

“The world is too much with us; late and soon,
Getting and spending, we lay waste our powers:
Little we see in Nature that is ours;
We have given our hearts away, a sordid boon!” (2)

William Wordsworth wrote these words over two hundred years ago in response to what he observed happening around him: the industrial revolution with its urban sprawl and pollution, the enclosure of common land with its consequent rural depoulation and despoiling of the natural world. All these years on we see the grim culmination of his words. Moreover, notwithstanding the authoritative global reports and assessments, one can see the truth of what he says in our own everyday worlds. Even up here in the hills there are no wildflowers just monoculture green fields, a decline in bird life, plastic litter in abundance, the rank odours of crop sprays and the surreal site of orange fields sprayed with weed killer. It is easy to identify with Wordsworth’s bouts of melancholia. How did he sustain hope in the face of “the heavy and the weary weight of this unintelligible world?” (3)

Is there anything we can learn from him? Well he goes on to say that we need to practise the art of “seeing into the life of things”.(4)
Reliving his childhood spent growing up in the Lake District was an important reservoir of experience from which he drew great comfort. “Running abroad in wantonness to sport” opened his mind to glorious moments. In later years looking back he regarded such times as “gleams like the flashing of a shield [when] the earth and common face of Nature spoke to me rememberable things.”(5)
The innocent pleasures of birdsong, the sight of wild flowers such as daisies, dandelions and primroses, the clouds in the sky and the sound of hillside streams all left an indelible impression from which he was always able to draw succour. 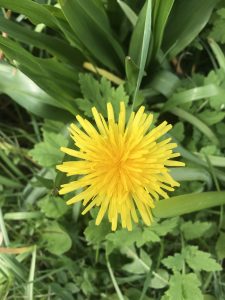 “The sun never sets on the empire of the dandelion” A Crosby. 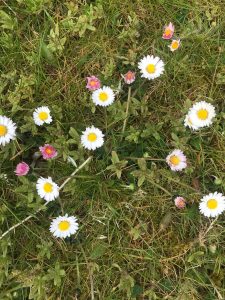 Not only did it shape and guide his poetry but it also led him to a life sustaining world view. For in his appreciation of the commonplace andthrough his childhood experiences he came to see “into the life of things” the “active universe”, and thus have the privilege of sensing that:

“sentiment of Being spread
O’er all that moves and all that seemeth still,
O’er all,that, lost beyond the realm of thought
And human knowledge, to the human eye
Invisible, yet liveth to the heart,
O’er all that leaps and runs and shouts and sings,
Or beats the gladsome air,o’er al that glides
Beneath the wave,yea in the wave itself
And mighty depth of waters.”(6)

Yet while privy to an awareness which imbued in him a deep reverence it was shadowed with foreboding. What if all this was to be lost and the world descend into “a fen of stagnant water.” (7) He has not been alone in this. Two hundred and fifty years on Bob Dylan recognised the same. Looking down from his poet’s ‘watchtower’ he too raised the same alarm for the modern world:
“There must be some way out of here……
This is not our fate
So let us not talk falsely now,
The hour is getting late.”(8)

This then is what Wordsworth teaches us. His poetry is full of paens to natural wonders. We need to learn from his words look hard at what is around us, and treasure it and nurture it before it is too late.
There needs to be a clamour for a reconnection with the life forces which sustains us all. The current global shut down, this enforced time of quietude, offers humankind a moment to reflect and re-asses. If only it would lead to some new educational initiatives for both young and old about the interconnectedness of life. Perhaps then calls for change would grow louder. If only there was greater access for all to open spaces and if only those spaces could become rewilded then people would see with their own eyes what we are losing. Vested interests must be challenged, mind manacles shed so that we can “come forth into the light of things and let Nature be [our] teacher”(9) 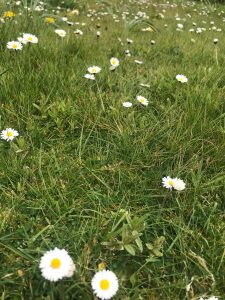 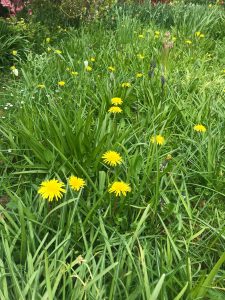 And big steps elsewhere offering hope. See Guardian feature on the country of Costa Rica and its pioneering ecological initiatives in an urban setting.(Thursday April 30th 2020)

Part of San Jose, the country’s capital city, are being turned into ‘Sweet City’ by way of the planting of green bio corridors. This allows “species to thrive, improve air quality, water quality and give people spaces to have fun and improve their health.”